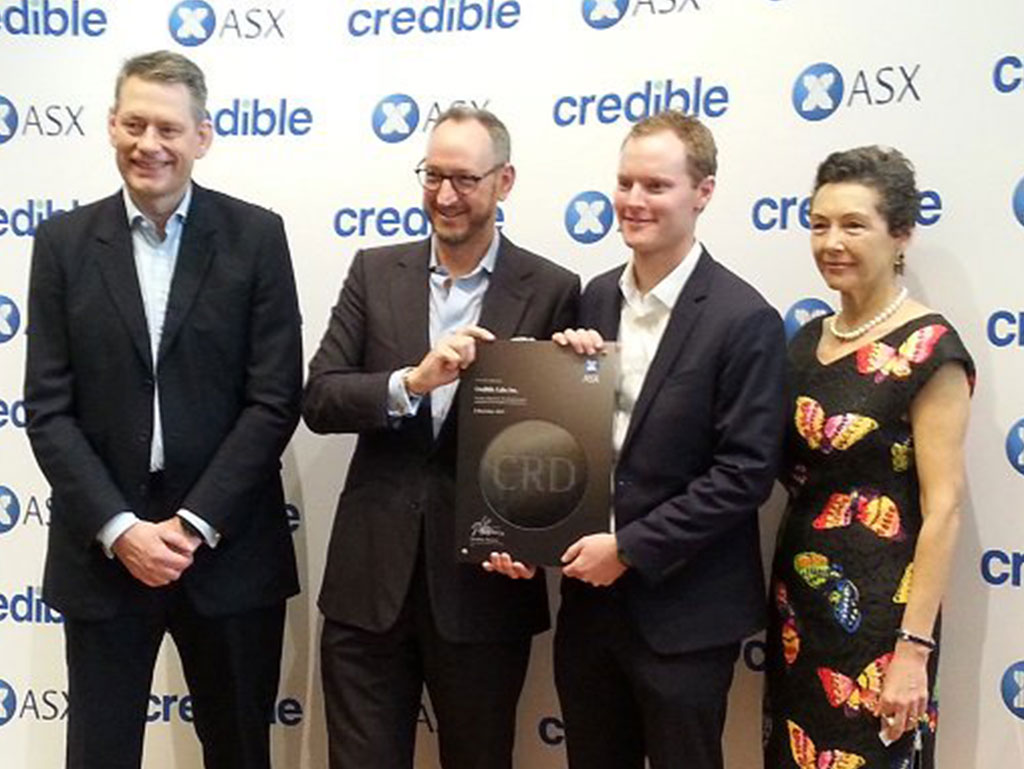 A 33-year-old Australian tech entrepreneur, who left Australia five years ago for Silicon Valley, will return home to ring the bell at the Australian Securities Exchange on Friday as his fintech company Credible becomes the biggest local tech float of the year.

Credible has carved out a potentially lucrative niche in the US market, where students have typically paid significantly higher rates for their loans. It has created an online marketplace where borrowers can seek out offers from numerous vetted lenders, and has also recently expanded into personal loans and a credit card marketplace.

Mr Dash told The Australian Financial Review the ASX had emerged as an extremely desirable listing location for overseas tech companies, and now shaped as a preferable option to venture capital and private equity for larger growth funding rounds.

He said Credible’s pre-IPO investor roadshow had demonstrated both demand to invest in the company and a heartening sophistication among local analysts and fund managers about how fast growing tech companies should be assessed.

“We went up to Hong Kong and Melbourne and Sydney, and we had a lot of support both from existing investors and new investors, because there’s not too many places you can get exposure to US fintech on the ASX,” Mr Dash said.

“I’ve got a checklist of what matters when you’re looking at taking capital and the biggest one to me is flexibility to raise more money relatively quickly assuming things go well.

“The rule of thumb [with VC] is that you spend half of your time raising money and the other half running your business, but that is not a great way for a CEO to spend their time if they can avoid it.”

Mr Dash owned 55 per cent of the company but following the raising, which was underwritten by Bell Potter, his stake will fall to 44.7 per cent. His shares, which are held in CDIs, will be escrowed for two years.

“I’m not taking any money off the table, and I’m viewing this very much like just another round of capital for us, which just comes with additional reporting and audit requirements and corporate governance,” Mr Dash said.

Promient US fintech executive Ron Suber is the company’s chairman and owns 0.9 per cent of the issued capital. Mr Suber has been given 11,028 options via a stock incentive plan in relation to advisory services, according to the company’s prospectus.

Three quarters of the company’s shares are subject to escrow. Credible issued CDIs at $1.21 each. Each CDI accounts for 25 shares.

The ASX wants to attract emerging technology from around the world, which are still too small for the NASDAQ or New York Stock Exchange.

In addition to being the largest tech IPO of 2017, Credible is also the second largest ever tech IPO raise for a foreign company on the ASX, behind Kiwi billing software company Gentrack, which raised $90.5 million in 2014.

It is also the largest ASX IPO for a US-based company in the past five years.

“ASX has developed a sweet spot for attracting global companies with market caps of between $100 million to $1 billion. In the United States and Europe, the size of these companies often sees them go onto second boards or they are viewed by the market as small cap,” ASX’s executive general manager of listings Max Cunningham said.

Credible will be hoping local investors buy into its vision of taking a large share of a potentially huge and under-served market. It expects to close loans worth $US758 million this year, which would be more than double last year’s $US364 million and well up from $US81.4 million in 2015.

‘The end of the beginning’

Queensland Airports chairman and Seven Group board member Annabelle Chaplain has also joined Credible’s board ahead of the IPO.

Carthona Capital partner Dean Dorrell, who worked with Mr Dash at M.H. Carnegie, said he wasn’t looking to exit and had invested significantly in the IPO.

He said he believed the size of the potential market for Credible meant the valuation of about $300 million could be worth 10 times more in the future.

“We see this IPO as the end of the beginning and are still long-term believers in Stephen and the company,” Mr Dorrell said.

“Credible and Stephen have executed even better than I expected. They’ve originated more than $US1 billion of loans since inception, produced significant revenues that are growing more than 100 per cent each year over the past three years, and have built a supremely talented team with a big coup in attracting a globally significant player in fintech, Ron Suber, as chairman.”

The IPO funds will be used to build out its platform and also get increasingly sophisticated in its marketing strategy.

Mr Dash said the new pressures of running a public company would not distract him or his staff from their main purpose, and that staff would be advised against obsessing about how their stock was performing day to day.

“We’re banning stock watching from the business to be honest,” Mr Dash said.

“Day-to-day share price is irrelevant really for all employees … it doesn’t matter. What matters is that we build a business that is around in 50 years and you don’t do that by worrying about the day to day, you do that by just making good long term investment decisions.”