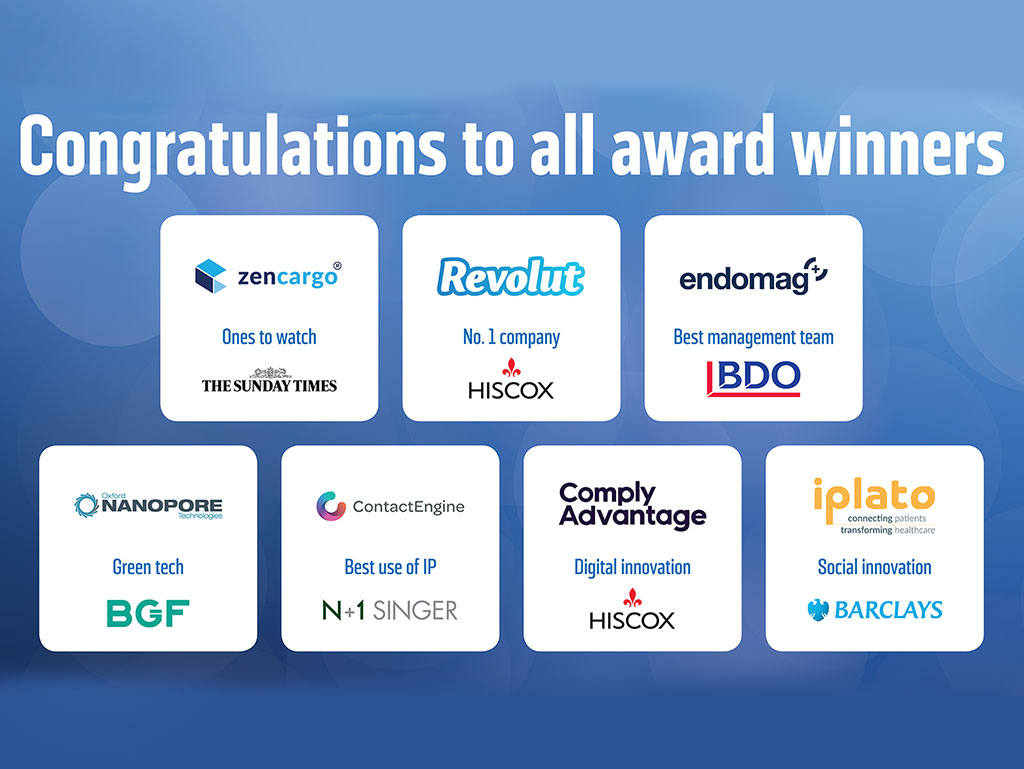 Companies that have appeared on the latest Sunday Times Virgin Atlantic Fast Track 100 league table, which ranks the UK’s unquoted companies with the fastest sales growth, attended the afternoon conference, which concluded with an awards dinner for 240 entrepreneurs and guests.

The conference began with a scene-setting analysis of the current economy from Dennis Turner, chief economist of HSBC. A panel made up of the founders of companies which have appeared on the Fast Track 100 league tables – Roger Keenan of Eyretel, Karan Bilimoria of Cobra Beer and Ambition 24hours’ Penny Streeter – shared their experiences with a question and answer session with the audience. They were followed by a lively talk from easyGroup’s Stelios Haji-loannou and the afternoon concluded with a Q&A session by Richard Branson.

Sir Richard Branson presented the award for the fastest-growing company , sponsored by Virgin Atlantic, to Simon Franks of Redbus Film Distribution . The company co-produced and holds distribution rights for box office hit ‘Bend It Like Beckham’, growing their sales by 286% a year to £15m in 2002.

The award for customer service , also sponsored by Virgin Atlantic, was presented by Paul Moore, the airline’s public relations director, to Richard Power of Rocco Forte Hotels . The London-based luxury hotel group uses independent assessors to check its 2,000 customer service criteria, and hotel managers need to score 97% or more to receive their bonuses.

The best use of technology award, sponsored by Microsoft, was presented by director of partnering Eric Gales to Simon Nixon of Moneysupermarket.com . This financial website developer, based in Chester, receives up to 10,000 applications a day for credit cards, mortgages and insurance.

The award for best management team , sponsored by Pricewaterhouse Coopers, was presented by partner Jonathon Hook to Angus Ball of BDML , based in Portsmouth. This insurance underwriter’s four founders have grown sales to £56m in just five years while increasing the company’s profits tenfold.

The award for best emerging brand , sponsored by The Sunday Times , was presented by the newspaper’s business editor William Lewis to Louise Agran and Rob Papps of Nando’s . This restaurant chain arrived in Britain 12 years ago from South Africa and now has more than 80 Portuguese-themes restaurants nationwide, specializing in grilled chicken with a spicy sauce.

Now in its seventh year, the Sunday Times Virgin Atlantic Fast Track 100 is compiled by Oxford-based research and events company Fast Track. It was published in The Sunday Times on 7 th December 2003, and is on www.fasttrack.co.uk .

Fast Track was founded and is run by Dr Hamish Stevenson, who is also an associate fellow of Templeton College, Oxford University.

Virgin Atlantic has built its international reputation on the quality of its customer service, innovative product development and unrivalled value for money. Innovations such as complimentary limousines and in-flight beauty therapy have earned the airline numerous awards.

Microsoft is the worldwide leader in software, services and Internet technologies for personal and business computing. The company leads the software industry in technology transformation offering a wide range of products and services designed to empower people any time, any place and on any device.

Pricewaterhouse Coopers LLP is the world’s largest professional services organization. Drawing on the knowledge, skills and expertise of more than 125,000 people, we build relationships by providing services based on quality and integrity to companies of all sizes. www.pwc.com/uk

The Sunday Times is Britain’s leading broadsheet newspaper attracting over three million readers every week. It is the leading business newspaper, reaching 43.3% of all board directors, more than the combined top-level business readership of its three main Sunday broadsheet rivals.