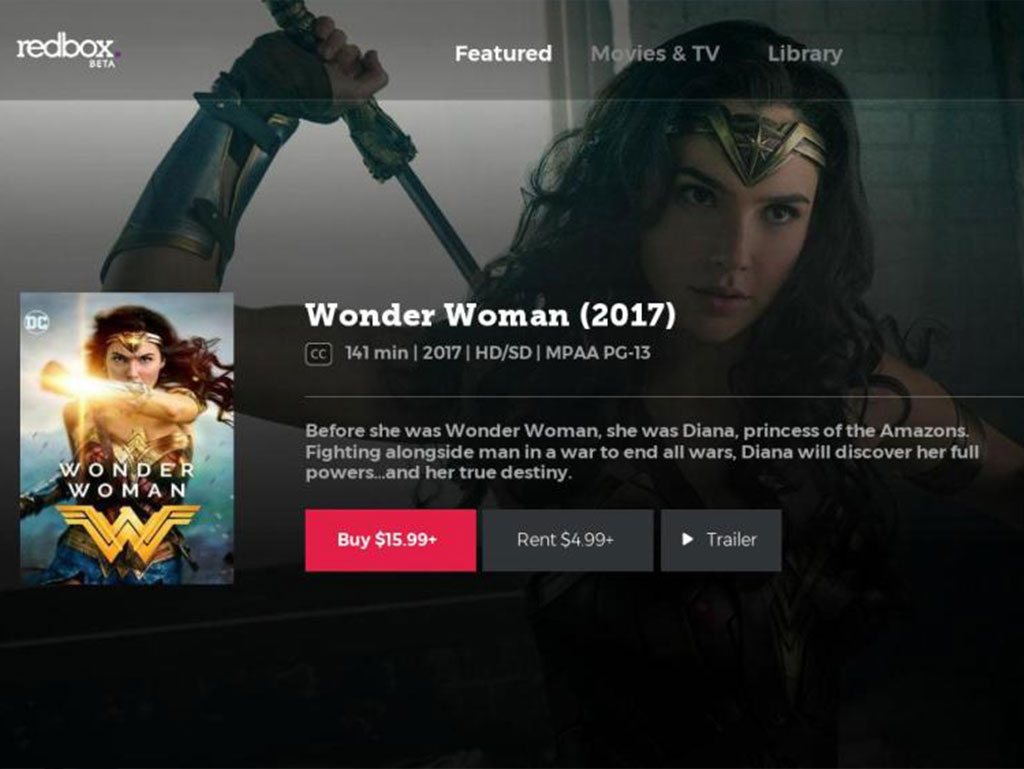 For a nation of disparate social, geographical and demographic groups Christmas seems to be a remarkably uniform experience – for those who celebrate it. Huge slap-up lunch, lashings of booze, the yearly row with your parents, cousins or siblings, then sit down in front of the telly to work it all off. For those too satiated on dried-out turkey and too much red wine to do much about it, endless repeats of Only Fools and Horses or the umpteenth showing of The Great Escape will be the order of the day. Those looking for something a little more contemporary – say Terminator III or Pirates Of The Caribbean – face a trek to the video shop, which will inevitably be closed. There is, however, an alternative. Get the video shop to come to you courtesy of a new subscription DVD service that is springing up across the UK.

Videoisland.com and Screen-select.co.uk, in operation for only a few months, are just two of the dozen or so DVD services to have launched this year. Using a combination of the internet, mail order and subscription, they aim to provide customers with a regular rotating supply of DVDs without having to leave their homes. From about £2.99 a week, subscribers can choose three DVDs from a list of about 14,000 titles, split between new releases such as Hulk and Terminator III and back classics.

Unlike a normal video shop, which penalises you for late return – what the trade euphemistically calls extended viewing fees – services such as Video Island, Screen Select and Movie Match let you keep the films as long as you keep paying your monthly subscription. DVDs are returned and replaced by pre-paid envelope. “If you are one of the 40%-50% of UK households with a DVD then this is by far the most effective way of enjoying it,” says William Reeve, managing director of Screen Select.

With two industries, the internet and movies, coming together then the word hype can’t be far around the corner. But with DVD subscription or “rentailing” as it’s know, there is at least a proven model. Both Video Island and Screen Select say their businesses are modelled on Netflix, the US DVD subscription retailer which now boasts about 1.4 million subscribers paying up to $39.95 (£23) a month for a rotating selection of eight DVDs. Launched in 1998, Netflix recently posted a third quarter profit of more than $6m on revenues of more than $72m. Saul Klein, chief executive of Video Island, says the success of the Netflix model lies in marrying an effective e-commerce model with collaborative filtering, the technology used by e-tailers such as Amazon to recommend alternative titles on a “people who liked/bought this also bought that” basis. That and the wider choice offered by online DVD operations. “One of the biggest bugbears with high street stores is their limited selection of DVD titles,” he says. “Because many multiples have a revenue share deal with the studios then they’re naturally focused on pushing new releases.” The revenue split, he argues, has skewed the rental market so that typically all that is available in high street stores are the top 20 titles that Hollywood is pushing. “What’s happening with the new model is that the renter who has been lacking choice and lacking selection now has the ability to choose from over 14,000 titles, in effect every title available to rent in the UK.”

Given this greater choice online, renters are turning the high street model on its head. Instead of an 80/20 split between new and back-catalogue films, the Netflix model shows that over two thirds of viewers using subscription services are watching older films, while just under a third want the latest releases. “What’s great about that is that everybody wins,” Klein argues. “The customers get what they want and the studios, which have enormous back catalogues that they find very hard to market and to rent because they don’t get shelf space can leverage these new releases to push relevant back-catalogue films. If you’re promoting Hulk you can also promote other Ang Lee movies that may be as diverse as Ice Storm and Sense and Sensibility.”

But as every unsuccessful e-tailer from Boo through to Webvan has proved, getting the proposition right is just the beginning. Though anyone can build a website and start offering DVDs overnight, creating a sustainable business is an expensive business. While high street DVD prices are falling, buying the special DVDs that studios stipulate for the rental market can still cost between £30-£40 a disk. Then there’s the free trial that nearly everyone has to offer to encourage customers to get used to the service.

“The biggest challenge is communication to consumers who aren’t particularly used to the idea that you can get something in the post quite conveniently. The problem is that to give people a feel for the service you have to offer a trial and let them experience the service first-hand. Putting three disks into somebody’s home without seeing any revenue back is expensive,” says Reeve.

Klein says access to capital is key. But even with Simon Franks, chief executive of media and entertainment group Redbus, and venture capital firms Benchmark Capital and Index Ventures among its backers, Video Island is still pursuing partnerships rather than going it alone. “If you look at the history of new brands, particularly new internet brands, the reality is they are very hard and very expensive and take a hell of a long time to build, especially if you are handling physical product. We believe the best way to bring a new brand to the market is in partnership with people who already respect consumer behaviour,” says Klein.

The first partnerships, he adds, should be announced early next year, and are likely to include existing retailers, broadband providers and even mobile phone operators. The increased awareness these alliances should bring could provide a strategic boost not just for Video Island but the whole DVD subscription sector.

The lack of readily available online alternatives should also help. Both Klein and Reeve say they would prefer to remove the huge costs associated with physical delivery and provide films digitally over broadband, but say it’s likely to be at least 10 years if not more before the technology makes it feasible for the average user. Though online movie services such as Movielink do exist, they are predominantly available only in the US, and are slow and restricted in the number of films they offer.

“The most cost-effective way of delivering high-quality films is by combining 50%-60% internet access – that allows people to browse a catalogue and manage their list – with a 100% postal delivery. Everybody has a letterbox and it’s a lot cheaper to deliver high-quality films via the mail with a 92% chance of next-day delivery than it is to deliver low quality movies to 10-15% of the country through broadband,” says Klein.

It’s this combination of digital access with physical delivery that will be crucial to the success of DVD subscription services in the UK. But with a proven model in Netflix, if companies like Video Island and Screen Select can get it right then persuading customers to switch from the high street to the home shouldn’t be a Herculean task. If you’re an occasional user, then shelling out up to £200 a year might seem expensive. If on the other hand you’re finding yourself getting in the car twice a week and spending around £3.50 per DVD at your local store, then online subscription looks better value. With time to sign up before the festive season you’ve no excuse for lolling in front of a schedule compiled by someone who’ll no doubt be on a beach in Tobago or Thailand and remember, a DVD is not just for Christmas.