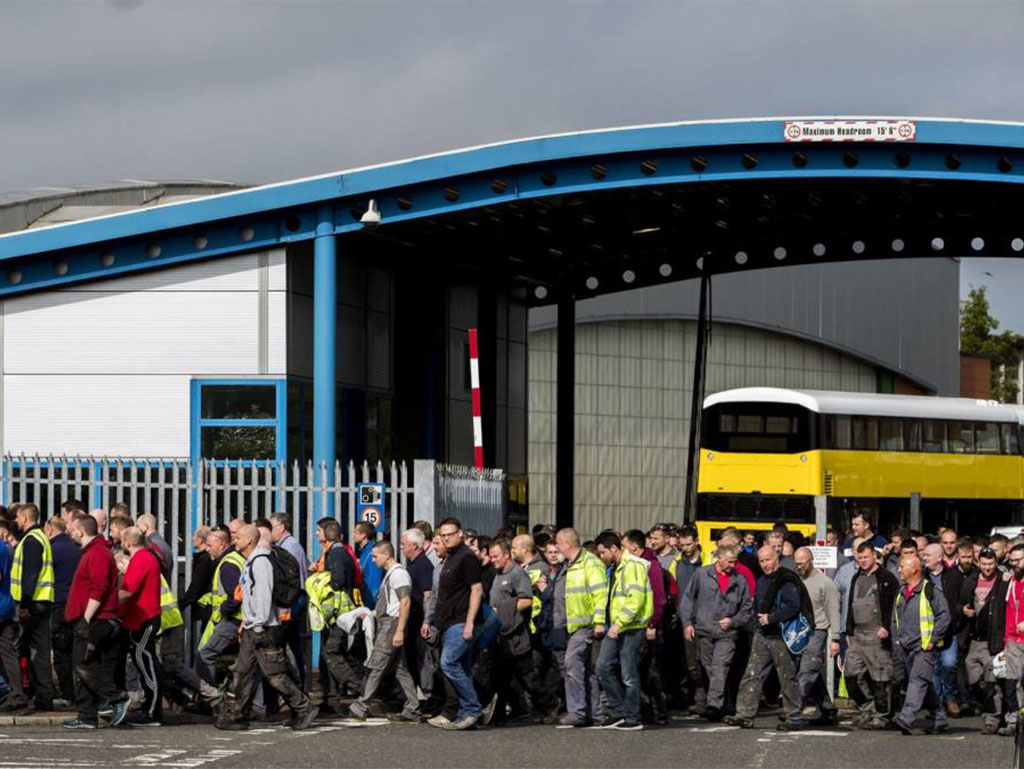 “Ninety-nine per cent of the letters and e-mails are supporting us,” the club’s chairman said this week as he sought to buy back the club from administration. “That’s as good as Saddam Hussein did and he was fiddling the figures.”

Mr Bates, who sold Chelsea to Roman Abramovich, is this weekend banking on his famed determination and cussedness to hold on to the Elland Road club.

Mr Bates, 75, who first took control of the club in January 2005, has presided over the latest decline in a once mighty club that as recently as 2001 were semi-finalists of the Champions League. Yet his opponents have thus far proved powerless to unseat him.

The club’s most startling decline came under former chairman Peter Ridsdale, who borrowed heavily in the expectation of future revenues from further years of Champions League qualification. The club missed out on qualification, triggering one of the more rapid and pitiful collapses in British sport.

The sale of players reduced debts to about £21m when Mr Bates bought the club from Leeds chartered accountant Gerald Krasner.

Last year, it was one match away from a return to the Premier League. But in May, Mr Bates took Leeds into administration with debts of £35m and the team were relegated into League One, the third tier of the English football pyramid.

KPMG, its administrators, this week said it was fast running out of cash and heading for liquidation.

But Mr Bates continues to outwit his enemies. He proposed buying back the club, offering creditors 1p in the pound, and won a Company Voluntary Arrangement from creditors by a narrow margin last month.

Revenue & Customs, owed £7.7m by the club, challenged the vote, despite Mr Bates upping his offer to them. It issued a 52-pagewitness statement questioning the voting rights of threeoffshore creditors, Krator Trust, Astor Investment Holdings and Forward Sports Fund, who represent 45 per cent of creditors.

The statement alleged these creditors were linked to Mr Bates.

In stepped KPMG, forestalling Revenue & Customs’ challenge in the High Court by putting the club up for sale again at 8pm last Friday and inviting bids by Monday. Bidders had six hours to examine Leeds’ accounts and four bids were lodged.

On Wednesday, KPMG announced Mr Bates had won the bid with an undisclosed sum.

Mr Bates is thought to have bid around 13p in the pound. A consortium of Redbus, the investment company headed by Simon Franks, and Simon Morris, a local property developer, is understood to have offered 30p. So too, it appears, did Adam Pearson, the club’s former commercial director.

The identity of the fourth bidder has not been disclosed.

So why did Mr Bates win? Astor, the largest of the creditors, told KPMG that it would waive its debts only if Mr Bates won the auction. Victory for Mr Bates.

“Many of us now are looking seriously at the role of companies registered abroad but having a decisive role in football clubs in Britain,” he said.

The Football League, under the chairmanship of former Conservative minister Lord Mawhinney, isfurious. Now it is refusing to hand over the so-called “golden” share all clubs need to enable them to play in the league.

Appalled at the way KPMG has handled the administration, particularly the sale of the club without a CVA, the league is threatening court action and demanding greater transparency from the club and the accountancy company.

KPMG’s view is that it had to act in haste because ofthe parlous state of theclub and that it wouldbe impossible to achieve another CVA because of Astor’s position.

Leeds MPs also want an explanation from KPMG as to why they said Astor was registered in Guernsey when it is in fact based in theBritish Virgin Islands.

What puzzles them further is why Yorkshire Radio, owned by Mr Bates, is owed £470,000 by the club.

The club called on the league to transfer the golden share “to bring all matters to a satisfactory conclusion and allow the club to concentrate on football again”.

But Mr Bates’ enemies are joining forces, hoping to prevent his regime at Leeds from continuing much longer.